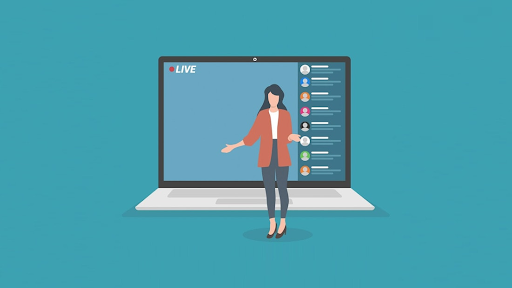 People nowadays do not gather around a television and remain hooked to it to watch their favorite movie or a live football event in their living room, which may be converted into a theatre or a stadium. With all of the acclaim and attention that cable television has received in recent years, customers’ enthusiasm is waning as live video streaming applications become more widely available. The most fascinating feature is that one may effortlessly watch their favorite TV programs and movies without being interrupted by advertising. Let’s be clear about one thing. These live video streaming applications aren’t simply for amusement or enjoyment. It can be useful for both business and personal purposes. For example, it may be very useful in live video conferencing, giving students with live tutorials from instructors, and other types of demonstrations, as well as delivering training classes, teaching skills, and acting as a safety device to keep a watch on pets or children. So, let’s look at the features and costs of creating a live video streaming app in more detail. Order on demand video app development by Trembit and you will receive a high-quality product that will best suit your needs.

1. Establishment of the Registration

When clients are seeking for a live video streaming app, the most basic and initial necessity is for them to register. In order to register an account, the user must be given a variety of choices. It might offer choices like registering with a cellphone number and verifying with an OTP or an email address. Also, bear in mind that every user should be able to quickly retrieve his or her lost password. It is the most important aspect of developing a mobile app.

Having a large inventory that includes personal information from signed users is usually beneficial. So, as an app developer, your next step is to build a platform where your consumer can quickly fill up his profile, which contains his name, phone number, email address, preferred video genre (movies, sports, etc.), subscription list, and other information.

3. Suggested Videos and the Search Feature

The mobile app developers must have a search box inside the app that enables the user to quickly find any video in a certain category. These search categories must now be much broader. They must be based on the broadcast’s age factor, interest, location, and language, as well as the amount of total views, and so on.

Users often leave feedback on whether they enjoyed the video or not, as well as comments on the video’s quality and if it went smoothly without any buffering. This functionality must be included in every app developed by a mobile application development business.

When it comes to sharing material, the majority of consumers want to keep their anonymity. As a result, you must examine whether or not you give privacy-related options. Users should be able to select whether or not to reveal their personal information.

Because you’re making applications for live video streaming, you may include geolocation tracking, which is quite useful. It makes it simple to track down or determine the location of the current broadcast. One can easily cite the example of Facebook Live, which enables users to easily share their current location with their friends.

The creation of such an app necessitates the involvement of a development team, which is often made up of the same specialists that work on any app design. A project manager is in charge of overseeing and managing the whole project, as well as assigning duties to team members. There are also app developers that have worked on both iOS and Android apps. UX and UI designers, as well as backend team members, are critical contributors, and quality app testers are also essential. Each of these individuals plays a critical part in the development of a successful live video streaming service.

The total cost of developing such an app is determined by the mobile app development business you choose. The cost of employing the organization and its personnel, the length of development, the features to be added, and other factors all play a part in determining the proper development cost. The cost of developing a live video streaming app is between $12,000 and $15,000. However, the ultimate cost will be determined by the many components necessary to create such an app. The server, as well as third-party apps, have a cost that is not included in this pricing.